This Summer has been one of the busiest in recent years here at Surfing Hydrangea.  Contractor sales have been higher than ever and retail business is also strong.  For me, it’s been strange to not be at the nursery, in the thick of things, during the busiest part of the year.

As many of you know, I have been out of commission since the beginning of June.  I started back to work the second week of August after two months off.  What seemed to be just another sore back this spring, shifted into extremely painful sciatica issues in late may.  Apparently I badly herniated one of the disks in my lower back and ended up having back surgery in June.

It really gets one thinking about how our physical bodies are connected to our livelihood in the green industry.  For me, seasons of spring pruning, garden maintenance and fall clean-ups really did a number on my body.  Add a few years of nursery work, wrenching heavy boxwood up out of the chips and moving large containerized plants all over the yard and VOILA! Stuck on the floor, laying on my side with a pillow between my knees for two months when I could have been selling plants!

I’m a shining example of what NOT to do.  I seldom paid any attention to how I lifted things.  I worked hard, and not very smart.  My body has paid the price.  Please, please please, take care of yourself out there! 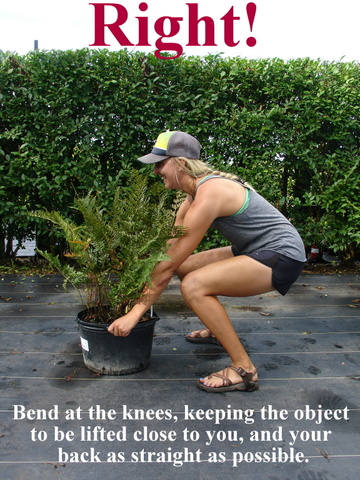 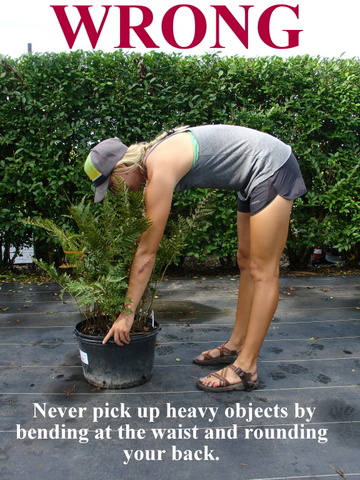 Those of us who are out there, year after year, really love our jobs!  Pay attention to how you use your body.  If you are mindful, you can garden as long as you want.  But trust me, if you aren’t mindful, there is a distinct possibility that your body won’t let you.
-Brad MacDonald