I’d dare to say that Rosa rugosa is the most widely planted species of rose on Nantucket.  The plain species form has a gorgeous deep pink, single flower; however there are many hybrids to consider as well.  A single white form, var. alba, has also been selected.

Check out the following cultivars for a little variety in your Rosa rugosa beds: 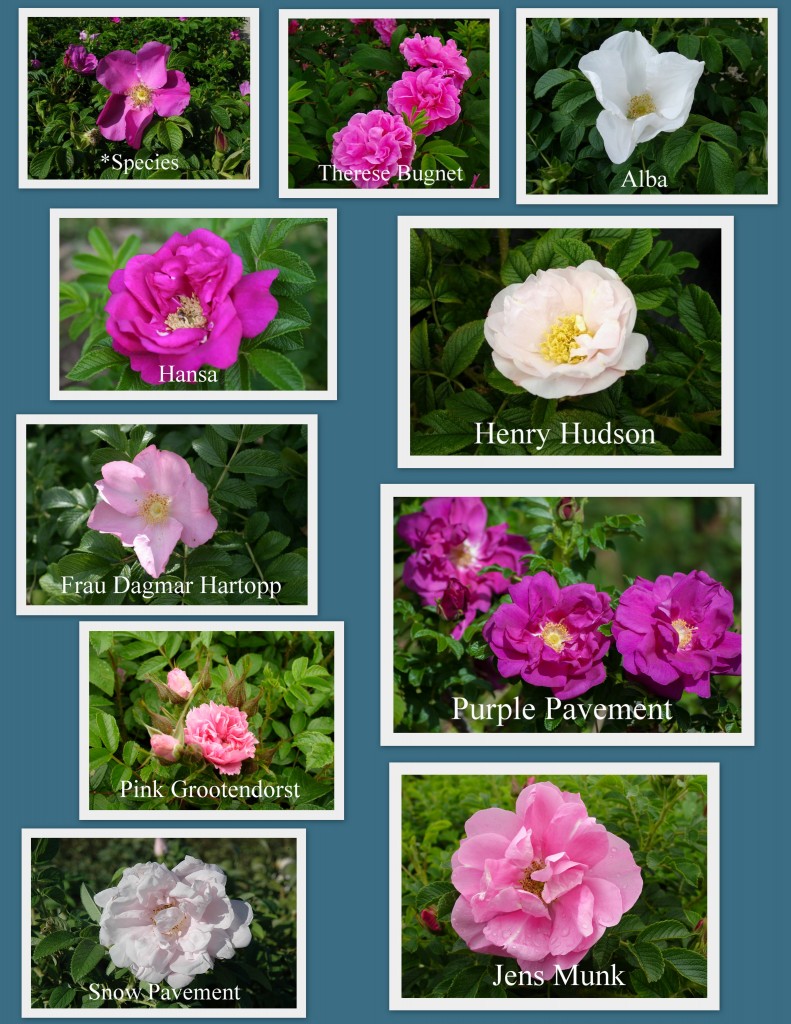