Privet hedges are used all over the island as a beautiful way to border properties and break up large landscapes into smaller spaces.  In a lot of ways, privet is an ideal plant for tall hedges because it grows quickly and can be maintained at a relatively narrow width.  However, even well-maintained hedges slowly widen over the years, and established plantings will need a harder pruning every so often to stay healthy and in bounds. 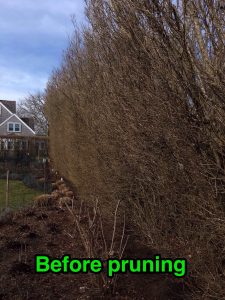 Shearing hedges is a necessary part of maintenance, but this practice can cause problems in the long run.  When woody plants are repeatedly sheared, a dense layer of tiny twigs builds up on the outside, shading the interior stems and inhibiting dormant buds from sprouting.  As hedges age, dead wood can also accumulate in the center.  It’s not so much that it’s wrong to shear hedges; it’s more a matter of realizing that in order to keep a hedge healthy in the long run, renovation is required from time to time.  Removing the dense growth on the outside allows sunlight to fall on the dormant buds below, stimulating strong, healthy, new growth.  It also makes it much easier to saw out dead branches and scout for insect pests like scale and thrips that live directly on the bark.  This procedure is best done during the dormant season.

There are several ways to approach renovating a privet hedge.  Because privet grows rapidly, a declining hedge could be cut to within a few inches of the ground and allowed to completely regenerate.  If well irrigated and fertilized, one might expect 4-5 feet of growth in a single growing season.  This drastic approach won’t be acceptable in most situations.  I usually suggest that a hedge be renovated over 2 or three seasons, making deep cuts on one side per year.  Leaving one side un-pruned guarantees continued screening during the summer.  Although it can be nerve-wracking to make big cuts, be assured there are hundreds of dormant buds waiting just below the surface of each trunk and branch that will sprout once the sun shines upon them. 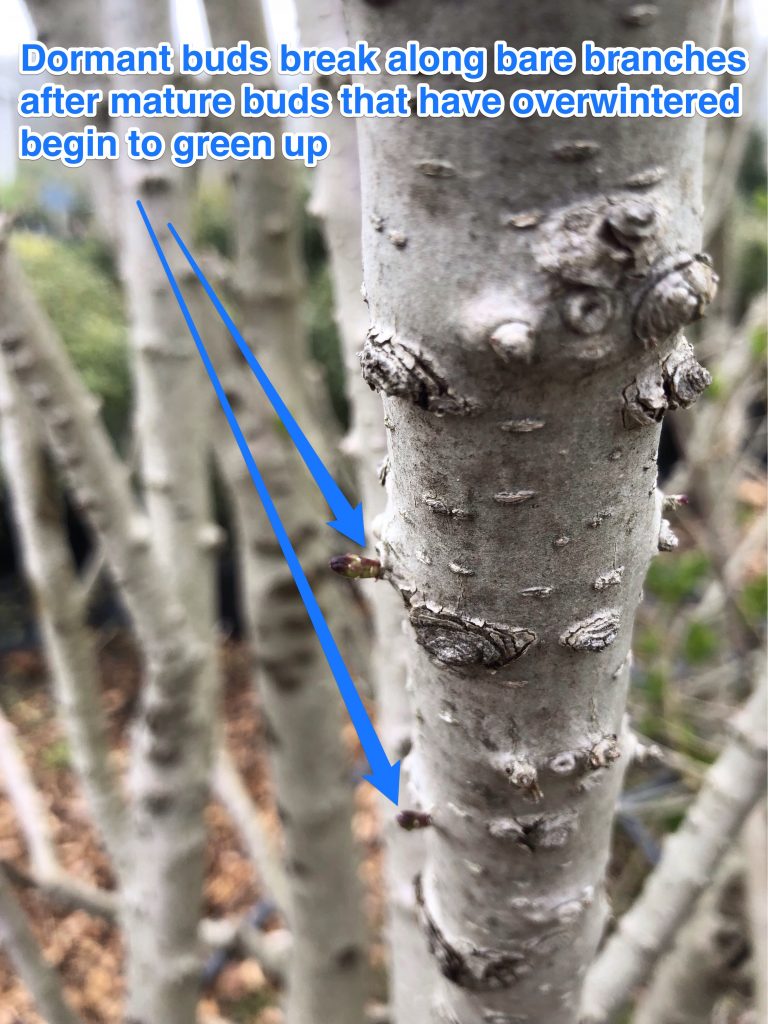 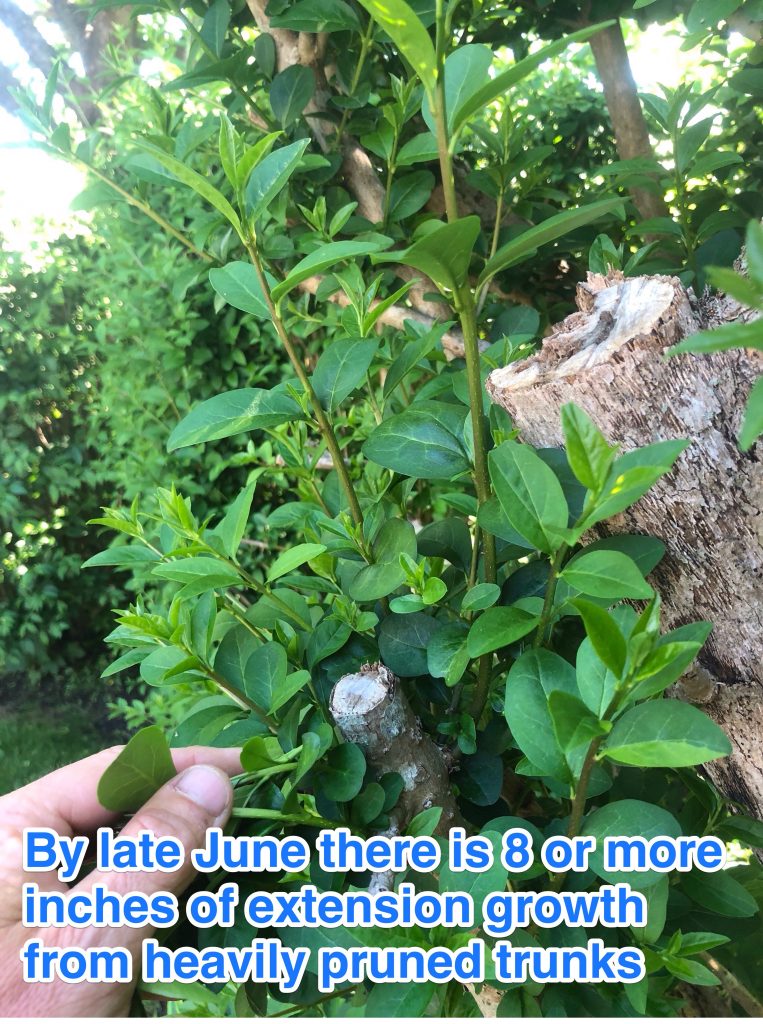 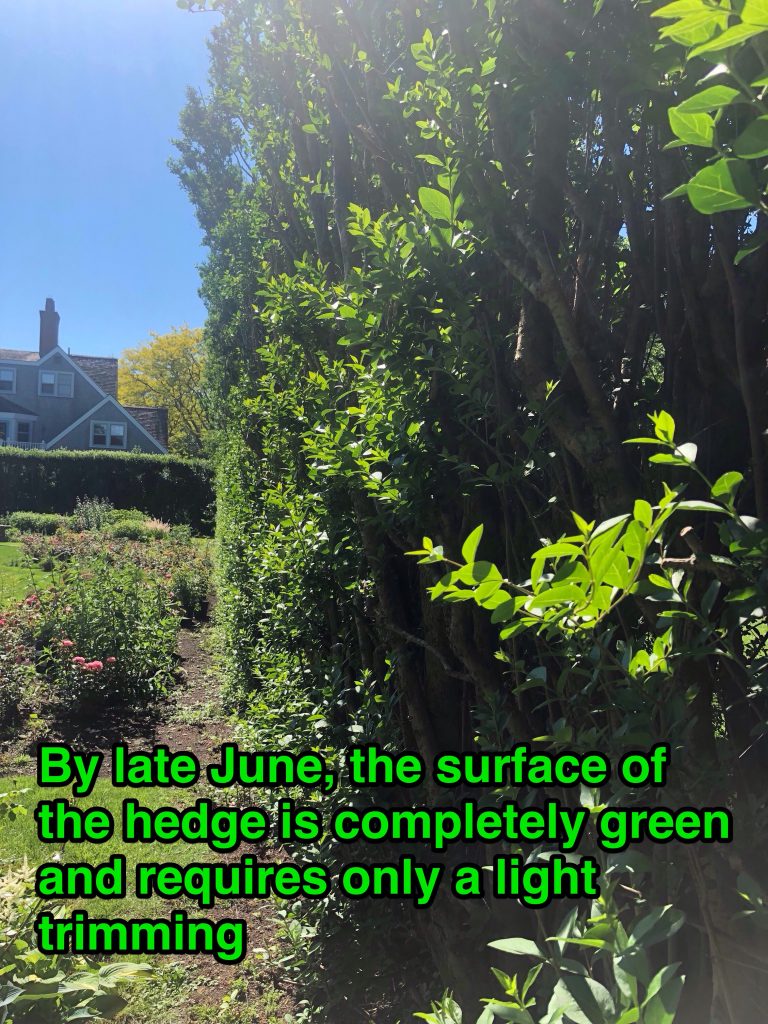